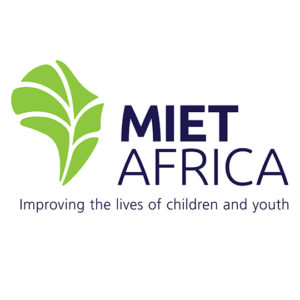 On behalf of the MIET AFRICA Board of Trustees, I am pleased to announce the recent appointment of Mr Humphrey Nhlanhla Ngubane as the next Chief Executive Officer of MIET AFRICA.

Nhlanhla is no stranger to MIET AFRICA, having served as a member of the Board of Trustees for the past six years. During this time he has gained a deep insight into the workings of the organisation, making his transition from trustee to CEO a smooth one.

Nhlanhla’s career in the education and development sectors spans more than 24 years, during which time he has gained extensive knowledge and skills, invaluable for addressing the challenges currently confronting education in South Africa and more widely across the African continent. He owes this broad understanding of education development to the experience gained from several senior positions he has held within diverse education environments. These include the Department of Education, international development agencies (such as UNICEF, DFID, Ireland Aid, Danida, the Belgian Development Agency and VVOB), the publishing industry and the higher education sector. Before joining MIET AFRICA, Nhlanhla was manager of the Unisa Foundation & Alumni Relations.

However, it is the obvious passion and deep commitment that Nhlanhla has towards making a difference to the lives of those less fortunate than himself that makes him a natural choice: there can be no doubt that the organisation’s vision of “Improving the lives of children and youth” is in good hands. MIET AFRICA is indeed privileged to have a person of such high calibre as its next leader!

Nhlanhla will be taking over from Lynn van der Elst who, as one of the founding members of MIET AFRICA, will continue to support the organization as a Development Associate, working from the Western Cape where she now lives.

We warmly welcome Nhlanhla to the organization and look forward to working with him as he leads MIET AFRICA forward into a new and exciting era.