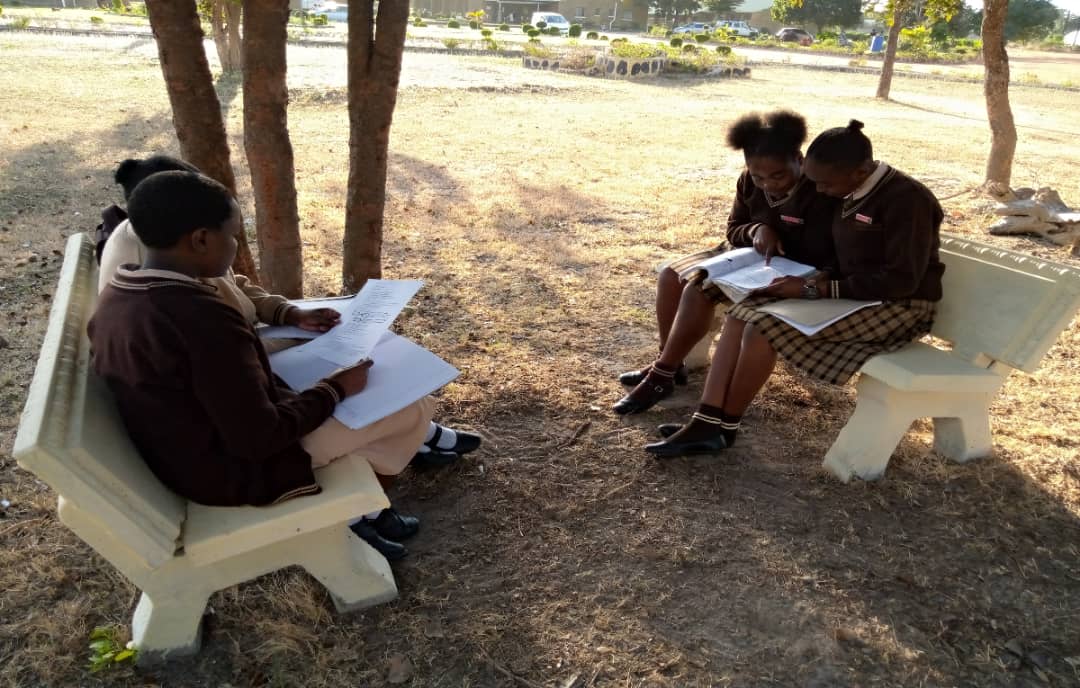 Between May 2019 and February 2020, the FutureLife-Now! team conducted a context analysis and a baseline assessment to establish the status of learners’ knowledge and reported behaviour related to HIV prevention and SRH (sexual and reproductive health), and climate change.

Data collection teams, comprising FutureLife-Now! team members and officers from the Ministries of Education, visited each of the 10 pilot schools in the four countries (Lesotho, Malawi, Zambia and Zimbabwe), where they conducted group interviews with management and teachers, and administered learner questionnaires. They collected data from 22 764 learners (10 391 boys, 12 322 girls and 51 unspecified) across the 40 schools, which represents about 79% of the total enrolment in the outreach schools.

It was encouraging that all outreach schools acknowledged the relevance of the FutureLife-Now! programme in addressing the major issues affecting learners’ lives—in particular, learner pregnancy and the specific needs of male learners. Schools were also excited about the climate change component, with many noting that their schools have already been affected by changes in the climate and weather disasters.

The school assessment indicated that most schools have enabling and supportive environments, something which contributes to effective implementation of the FutureLife-Now! programme. However, what the baseline assessment did reveal was the need to strengthen the relationship between schools and local health facilities, and to ensure that teachers have up-to-date training and support on delivering comprehensive sexuality education (CSE).

Findings from the learner questionnaire have informed implementation of the programme.

These results (about HIV testing and condom use) suggest that learners across the four countries require additional SRH information and education. Furthermore, the baseline assessment also highlighted that learners need more support to understand the causes and effects of climate change.

The baseline assessment demonstrates the relevance of FutureLife-Now! in addressing key issues facing young people by: facilitating school linkages to youth-friendly health services, strengthening the delivery of CSE, and promoting the agency of young people in making healthy decisions for themselves and their futures.

In Southern Africa, the drivers of the HIV pandemic among young people are closely linked to sexual behaviour (such as intergenerational sex, multiple and concurrent sexual partners, transactional sex or sex work,  and limited and/or inconsistent use of condoms and other contraceptives, as well as low rates of voluntary medical male circumcision) and gender-based violence. However, conservative perceptions of adolescents’ sexuality persist across the region. In many areas, assumptions remain that adolescents are not and should not be sexually active, despite high numbers of pregnancies among adolescent girls and young women and high rates of HIV infection. Clearly, addressing and promoting adolescent SRHR is critical to achieving the FutureLife-Now! programme goals.