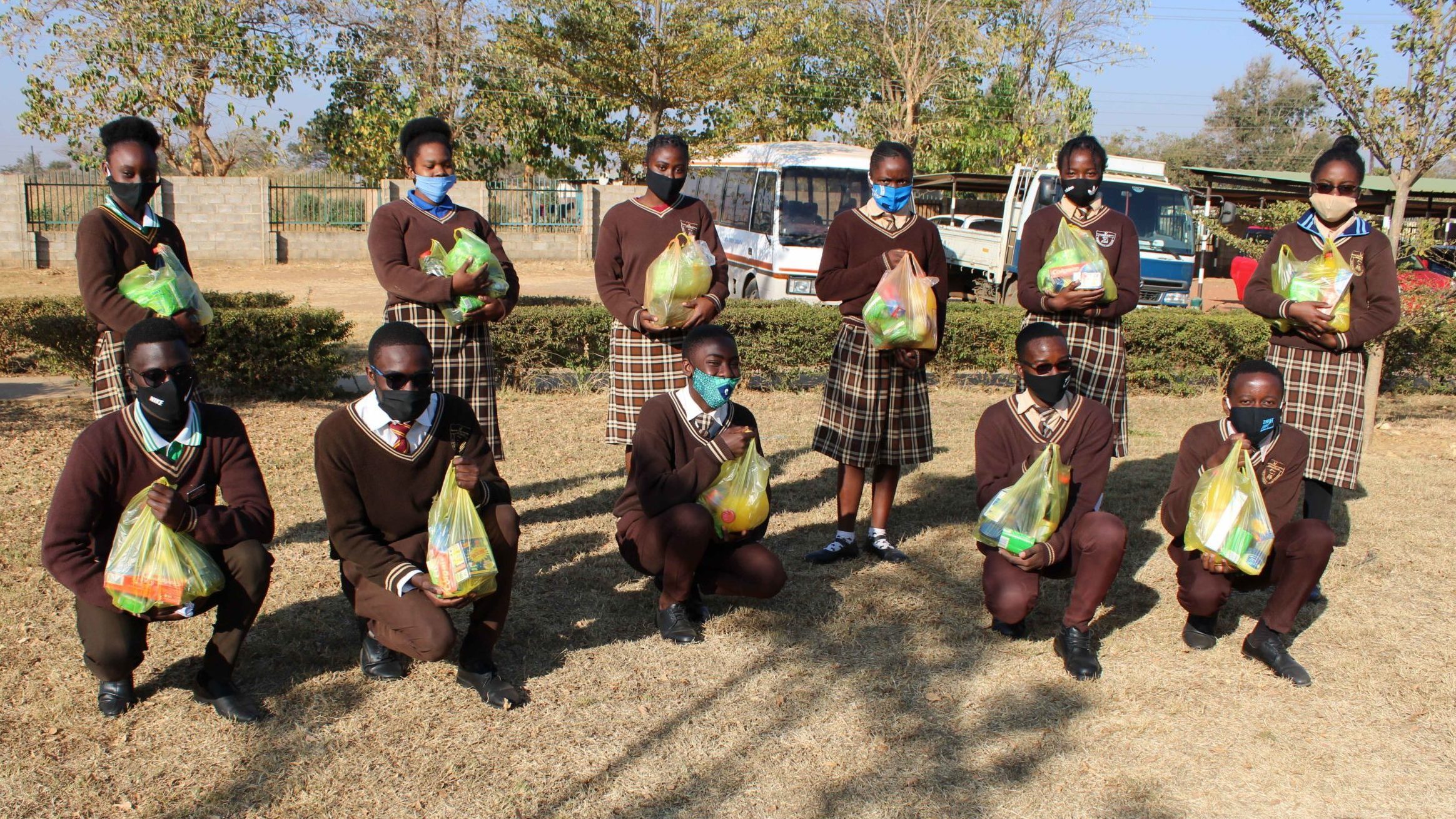 In July, the FutureLife-Now! in-country coordinators and youth facilitator in Zambia visited the programme’s pilot schools, located in the Central and Lusaka Provinces. The purpose of the visit was to distribute 3 875 “dignity packs” to learners. The delivery of the packs—which included items such as soap, Dettol, toothpaste, sanitary towels and fruit juice—gave rise to much excitement and joy among the learners (and staff).

The in-country coordinators’ visit to Mukobeko Secondary School to distribute the dignity packs provided the opportunity for feedback on the borehole that had been sunk through the support of FutureLife-Now! Various studies show that a reliable water supply at a school improves learner performance, not least because of improved learner attendance. The head teacher reported that the borehole has significantly improved learners’ lives in a school that despite its high enrolment, previously had no running water. In particular, an adequate supply of water for the ablution blocks has removed what was a hinderance to attendance, especially for the girls. The borehole has also allowed the school to revive its orchard project. The in-country coordinators were also given the opportunity to talk to learners during assembly, focusing on FutureLife-Now! and COVID-19 issues.

As at Mukobeko, the learners at Naboye Secondary School received the dignity packs with great appreciation. On arrival at the school, the in-country coordinators met with the head and deputy head teachers, with the former sharing some of the benefits the school was deriving from the support it received from FutureLife-Now! For example, the borehole provided water for the vegetable garden, some of the produce from which was used to feed learners, and the school’s thriving fishponds.

In an email dated 21 July, the head teacher, Mr Eric Sinyangwe, had this to say about the distribution of dignity packs to learners:

The gesture was unprecedented and left many of our learners on the brink of tears. … The dignity packs have gone a long way in alleviating their challenges in life. The gift packs also raised morale in the school as it boosted learner attendance.