Last year, as schools in Zimbabwe prepared to close and everyone looked forward to the festive season, a group of learners at Fort Rixon were in for a surprise that would change their lives. Thirty large boxes were delivered to the school and inside each box were all the pieces necessary to assemble a brand new bicycle.

The bicycles were an incentive from the FutureLife-Now! programme. The local FutureLife-Now! team helped assemble the bicycles which were handed over to the learners in the presence of their parents and School Development Committee members on 22 December 2021, three days before Christmas!

Fort Rixon is a secondary school located in the Matabeleland South province of Zimbabwe. The school is surrounded by farming areas and a mine.  One of the biggest challenges the school faces is absenteeism, mainly caused by the long distances that learners must travel. Some learners walk as many as 15 kilometres to school in the morning and the same distance back home in the afternoon.

Yet another problem is that of the young men who have become illegal gold miners. They recruit young male learners to their way of life, and prey on innocent female learners while they walk those long distances to and from school.

Because some of the FutureLife-Now! and club activities take place after school, learners who live far away had to decide whether to stay longer hours and only walk home much later in the day. Most of the learners chose to stay because they saw the benefit of those afternoon activities. One learner said, “FutureLife-Now! activities and clubs empower us, they give us a good feeling that someone cares for us.”

To incentivize such commitment and reward these young people for making decisions that positively affect their lives, the FutureLife-Now! programme provided bicycles for these 30 learners. The selection and shortlisting were done by the FutureLife-Now! peer educators, working closely with the school’s headmaster. Sixteen male and 14 female learners benefited from this incentive.

“This benevolent gesture has increased the confidence of these young people,” says teacher Clara Manjengwa, who is also one of the school’s four peer educators. “The feeling of being pioneers of the programme has had a positive impact among learners. There is no longer the risk of using public transport now, an issue that led to a tragedy in November 2021, when a learner fell off the back of a truck and died on the spot.”

Headmaster Lawrence Sibanda says, “The school tone benefits from this gesture in that the rapport between the school and community is strengthened. The community has been brought together by this intervention in that parents who generally do not take part in school development activities have come to appreciate that FutureLife-Now! recognizes their children and seeks what’s best for their future. There is now a renewed sense of purpose and unity among members of the community.” 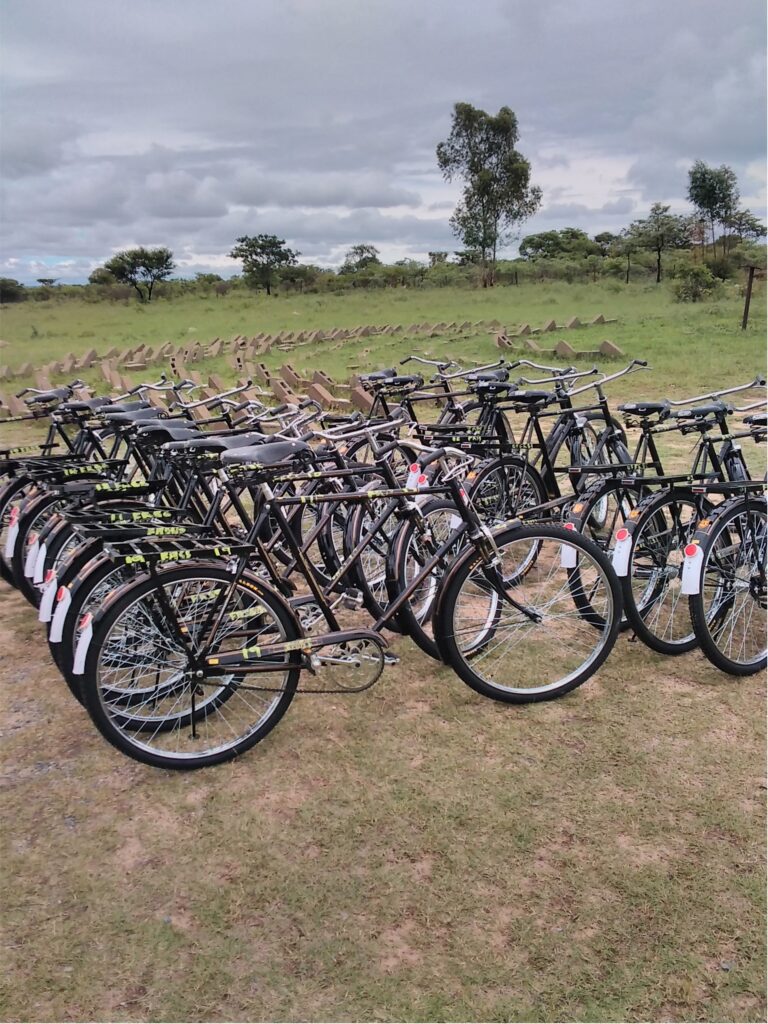 Learners have been motivated to put more effort into their schoolwork and to participate in events as they see this can bring its own rewards, and the community and school have benefited through reduced absenteeism and increased punctuality.

“There is an Africa proverb that says, ‘A child who is not embraced by the village will burn it down to feel its warmth’. This signifies the importance of caring for and nurturing our young people, who in turn will build and develop the same communities that raised them,” says Zimbabwe’s FutureLife-Now! country manager, Aussie Ndlovu. “This is part of the reason FutureLife-Now! uses a model that brings together the community, the school and entities like the local clinics to care for and support our young people.”