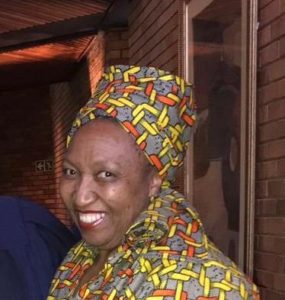 Making the announcement on Monday, Chairperson of the Board, Prof John Volmink congratulated Thandi on this important leadership role. “Thandi Chaane stepped in last year to assist MIET AFRICA and agreed to take up the CEO position in an interim capacity. We are pleased to announce that the Board of Trustees has appointed Thandi Chaane as the permanent CEO with effect from 1 June 2020. Thandi will be supported by Lynn van der Elst as Director of Regional Programmes, Dawn Jones as Director of South African Programmes and Marion Cramer as Chief Operations Officer,” said Volmink in a statement. “We are sure that all funders, partners and staff will join us in congratulating Thandi as she takes on this important leadership role and will extend her our full support.”

Thandi Chaane comes from a family of teachers, and for over 10 years was a teacher herself at various high schools in Soweto. She has been involved in numerous development projects and organizations, including as co-founder of READ Educational Trust, a South African NGO, and was later the Director Deputy General of Education in the Gauteng Government. She is currently Chairperson of advertising agency, M&C Saatchi Abel. She is also Chairperson of St Mary’s School for Girls.

She serves on numerous Boards, including as member of Council on the Independent Schools Association of Southern Africa. Thandi has extensive experience in training, facilitation, mediation, project management, change management and business management. She is currently involved in leadership and development programmes throughout the African continent and is an independent expert for the National School for Government and was awarded the Woman of Purpose Award by Tribute Magazine in 2000.